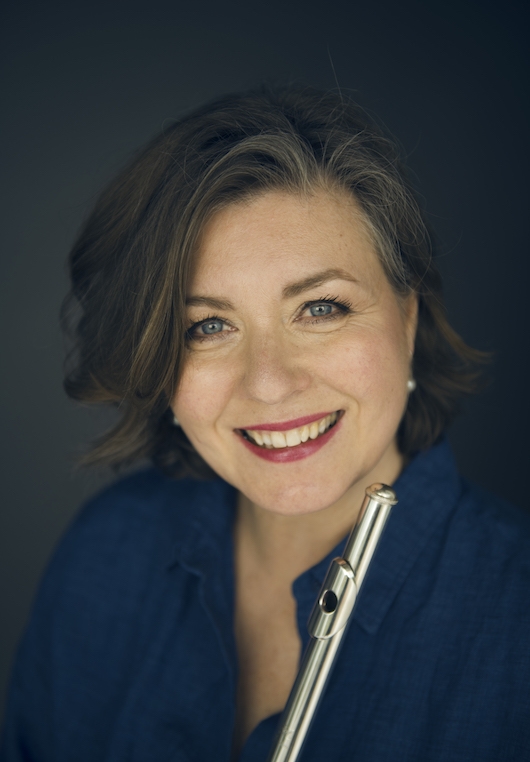 From June 25th to 29th, Anna Aminoff will perform several concerts during her festival Musiikkia! Ruovesi in Ruovesi (Finnland). Among others, the première of commissioned work by Olli Virtapenko and a performance of Anna's "Undine"-project will be on the agenda. For concert details and further…

Anna  Aminoff has just released her CD with the  finnish soprano Piia Komsi "Solaris. Solace in Song" by Proprius/ Naxos label. The CD was chosen as "Record of the month" in February by the finnish classical music magazine Rondo.

On May 13th, 2012, Anna Aminoff performs at a Mother's Day charity concert with her Finnish-Swedish AND Ensemble at the Passionslirche in Berlin. They will play works by Englund, Reinecke, Gaubert, Liszt and Szymanowsky. Co-Organizer of this event is the…

The Finnish flautist Anna Aminoff graduated from the Sibelius Academy where she studied with Liisa Ruoho, Ilpo Mansnerus and Mikael Helasvuo. She played her debut concert in the Sibelius Academy concert series in 1995.
She also studied in masterclasses with William Bennett, Auréle Nicolet, András Adorjan, Severino Gazzelloni and Istvan Matutz.
She was the principal flute in the Lohja Kaupunginorkesteri as well as a member in the Lohja Woodwind Quintet 1992-95. After this period she worked as a freelance flautist in Helsinki playing in the Tapiola Sinfonietta, Helsinki Philharmonic, Finnish Radio Orchestra, The Finnish National Opera orchestra, Sinfonia Lahti and the Finnish-Estonian Symphony Orchestra.
She has performed as a soloist with the Virtuosi di Kuhmo Chamber Orchestra, Lohja Orchestra, The Finnish-Estonian Chamber orchestra and at the Finnish National Opera.
Anna Aminoff has made several radio recordings for the Finnish Broadcasting Company (YLE),  mainly with french repertoire.
As an…